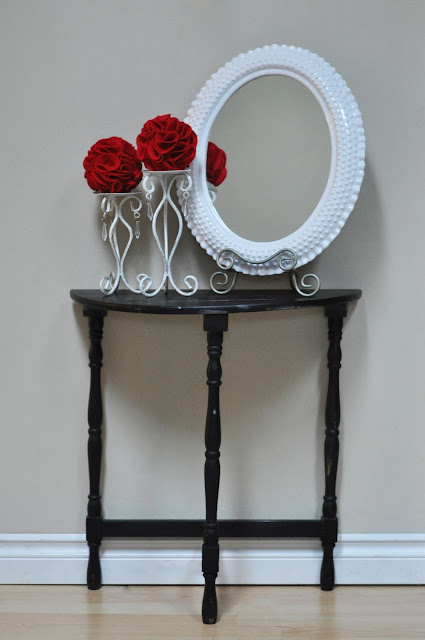 I used a pack of small styrofoam balls from the dollar store, some pins, and a yard of red felt from Joann's ($2.99 with coupon and it was WAY more than I needed- a quarter of a yard would probably suffice for two balls). 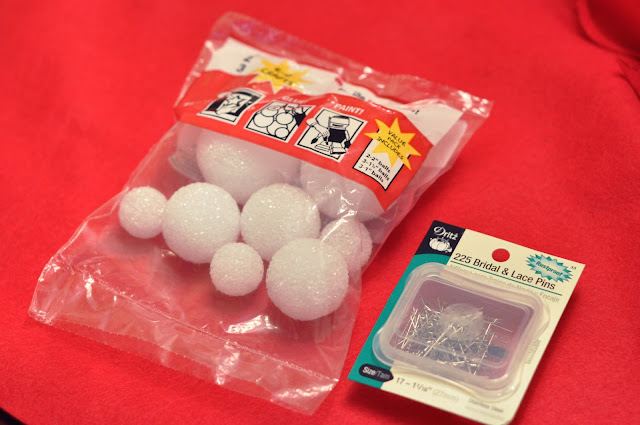 I traced one of those kid's cups from Ikea (I LOVE those cups!) that is approximately three inches across onto the felt about thirty times per ball... 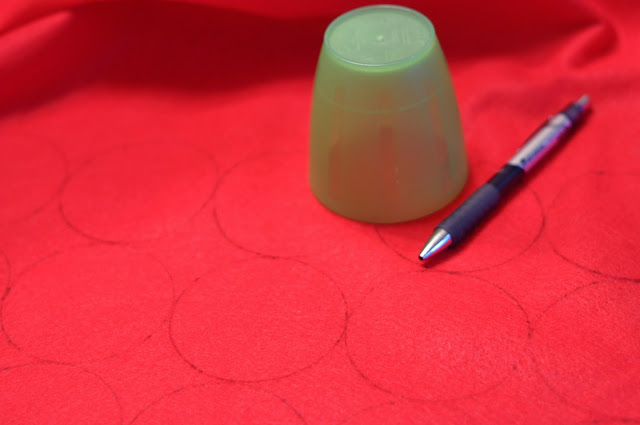 ...and cut them out just inside the lines so the ink wouldn't show. 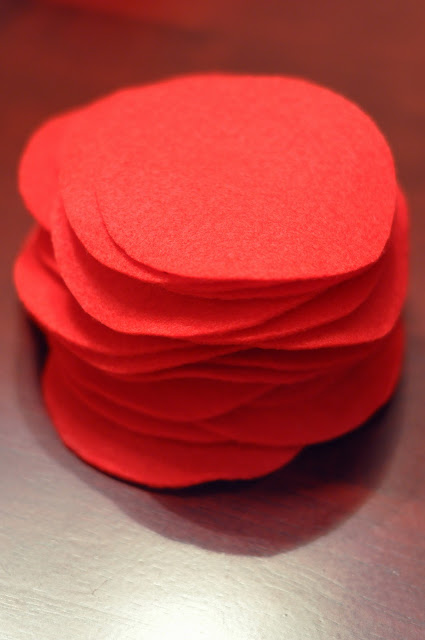 I folded the circles in half, 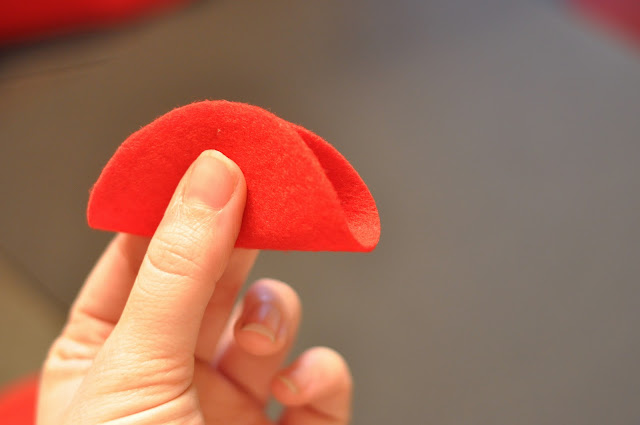 and in half again so they looked like triangles. 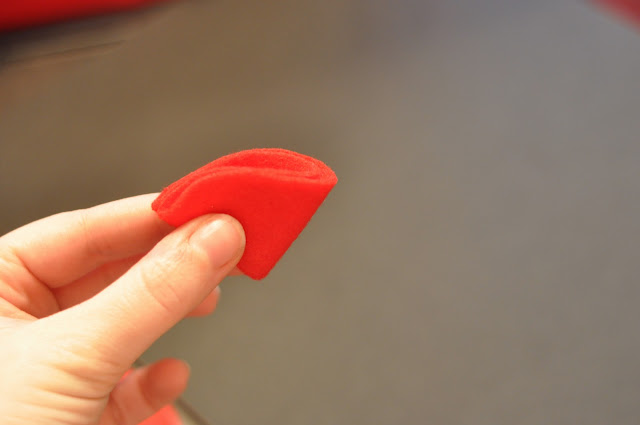 I stuck a pin through the tip of the triangle, making sure to pierce through all the layers. 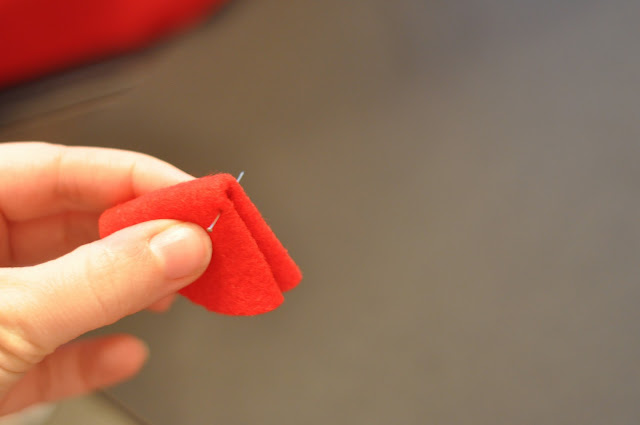 Then I stabbed it into the ball! 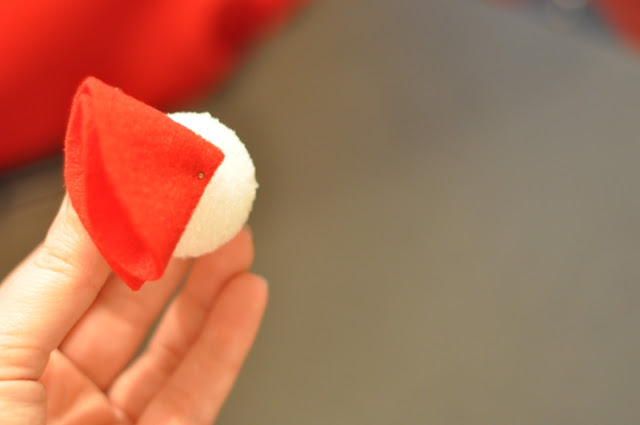 I continued pinning the circles into each ball, 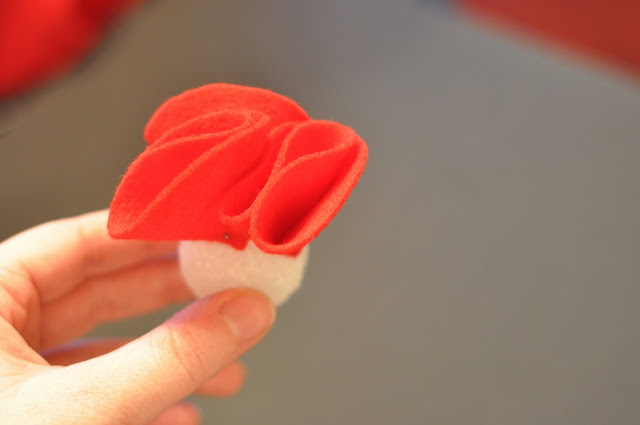 until they were all filled in. 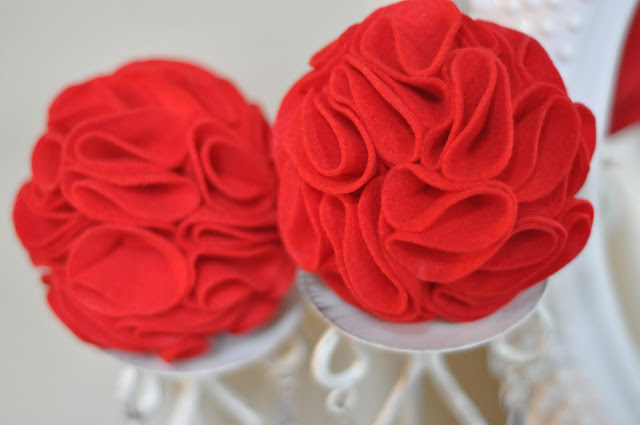 Tracing and cutting the circles was tedious, but pinning them- wow! So much fun! That part was strangely satisfying. :) I have absolutely no other Valentine decorations so I really have to get to work! 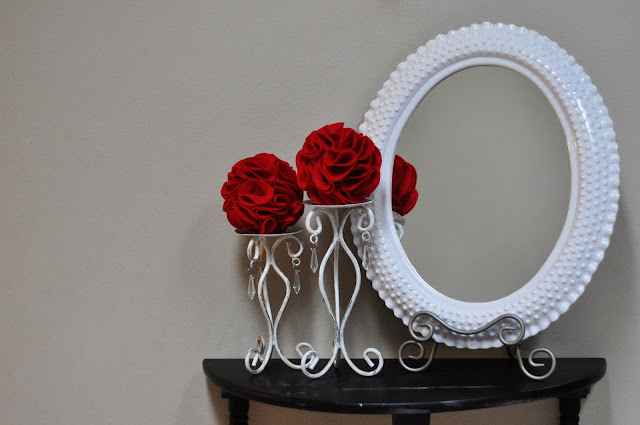