This summer Annalise's little boyfriend turned one. I was so excited to get to help throw a boy's birthday party! The theme was the card game UNO.

I took some photos of him and using Picassa, designed him a birthday invitation to send to all his little friends. 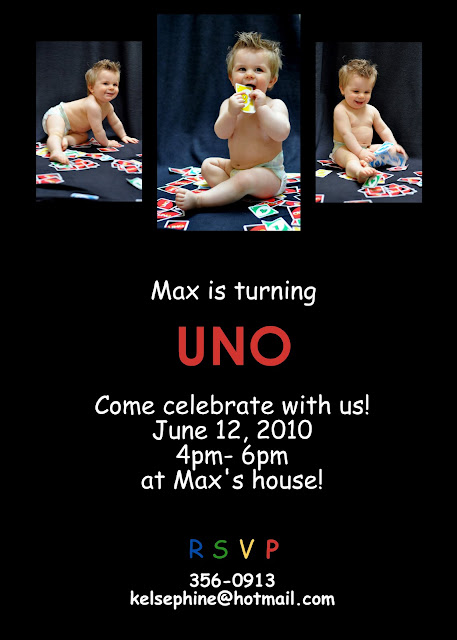 His birthday card was made by scanning the back of one of the game cards. 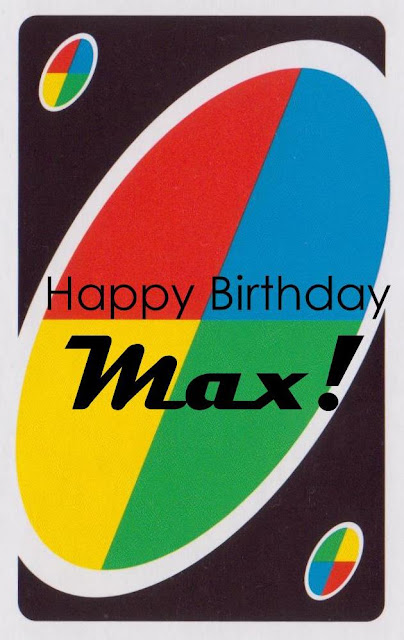 As Max's birthday gift I freezer-paper stenciled him an UNO shirt to wear to his party. (Idea and tutorial from here.) I've been wanting to try the technique for awhile and it was really fun! 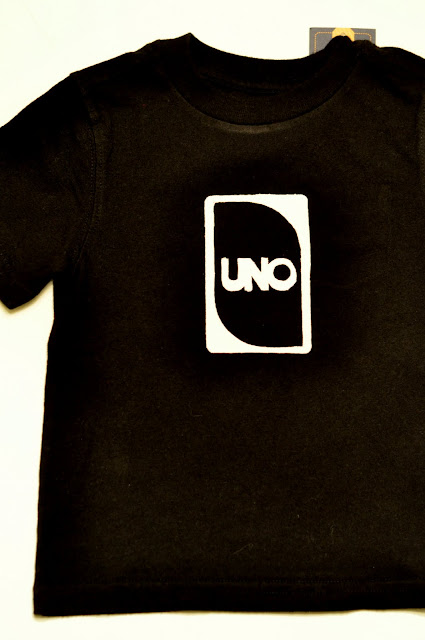 Here he is next to his girlfriend, sporting his shirt. :) 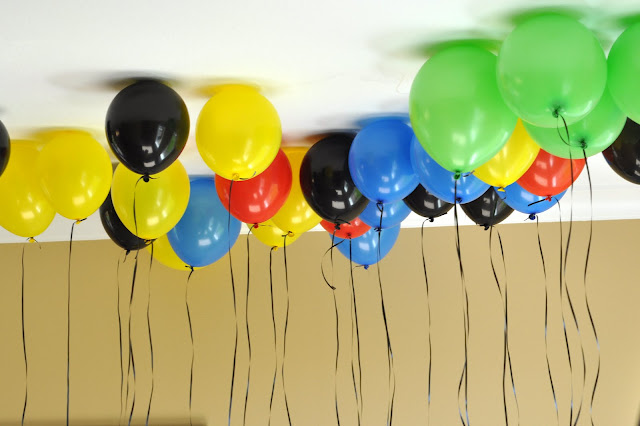 and Max's mom and I made loads of paper pom poms. 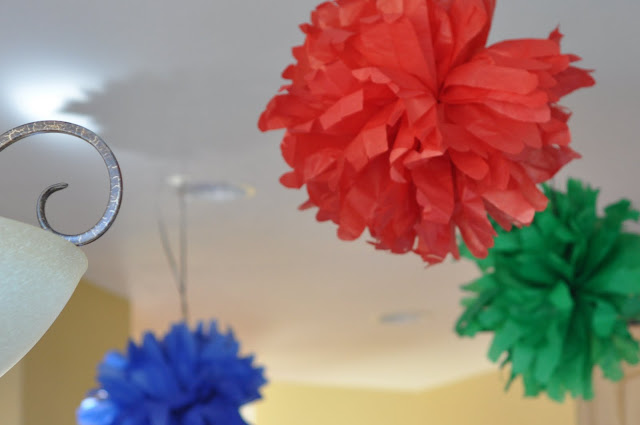 I created an UNO card banner, 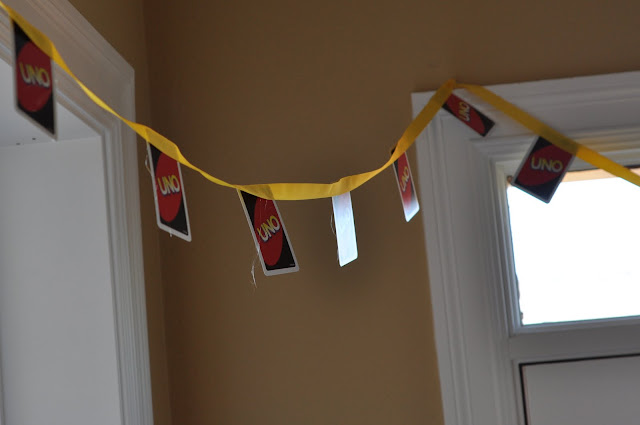 and made inexpensive party plates by gluing game cards to dollar store plates. 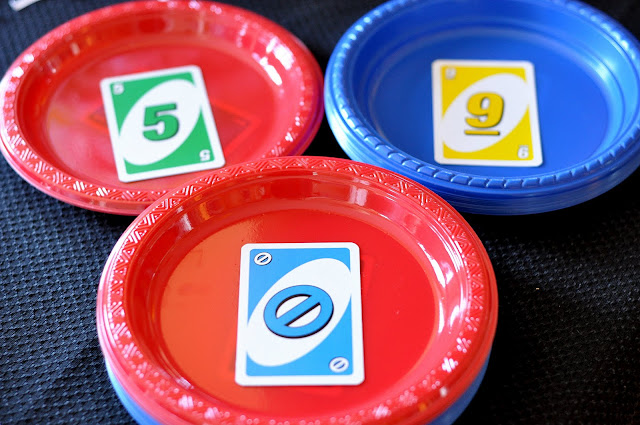 Little Max's face in a birthday hat made up the cupcake toppers, 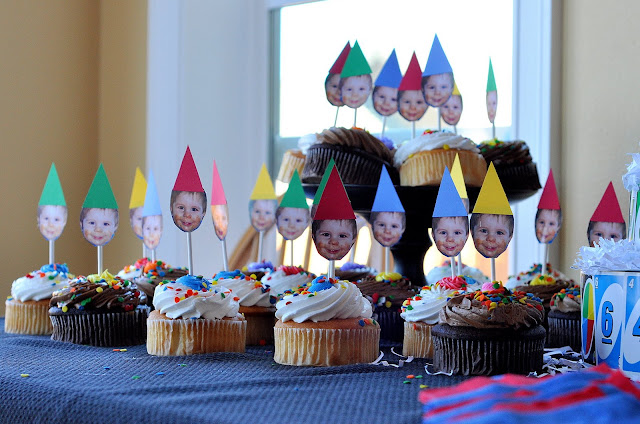 and the piece de resistance was the UNO card birthday "cake"! I got the idea to make the centerpiece into a cake out of cards from the idea of diaper cakes at baby showers. The different layers stacked conveniently inside each other for effortless travel to Max's house, where I set it up and then added some shredded-up office paper for "frosting". It turned out great! 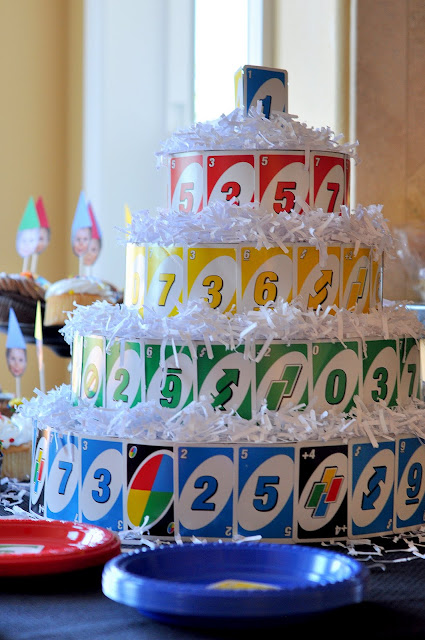 This party made me so excited to get started on plans for Annalise's first birthday party!
Posted by Jessica at 9:55 PM